After delay, Cyberpunk 2077 finally drops a trailer of substance. Though many are upset about the Cyberpunk delays, the rationale behind them was to spend more time polishing the game. CD Projekt Red's ambitious, future, dystopian GTA-style open world title is ready to impress!

Initially scheduled to launch on April 16th, 2020, Cyberpunk 2077 has seen multiple delays throughout the development cycle. Now scheduled for a December 10th, 2020 launch, CD Projekt Red hopes to release a polished masterpiece set in a dystopian future. The year is 2077, specifically.

The official system requirements for Cyberpunk 2077 can be found on the CD Projekt Red website. The specifications are also listed below.

"Please note that the game is both graphics- and processor-intensive, so make sure these components meet or exceed the minimum requirements. Also note that the minimum is created with Low settings and 1080p gaming in mind and Recommended with High and 1080p. 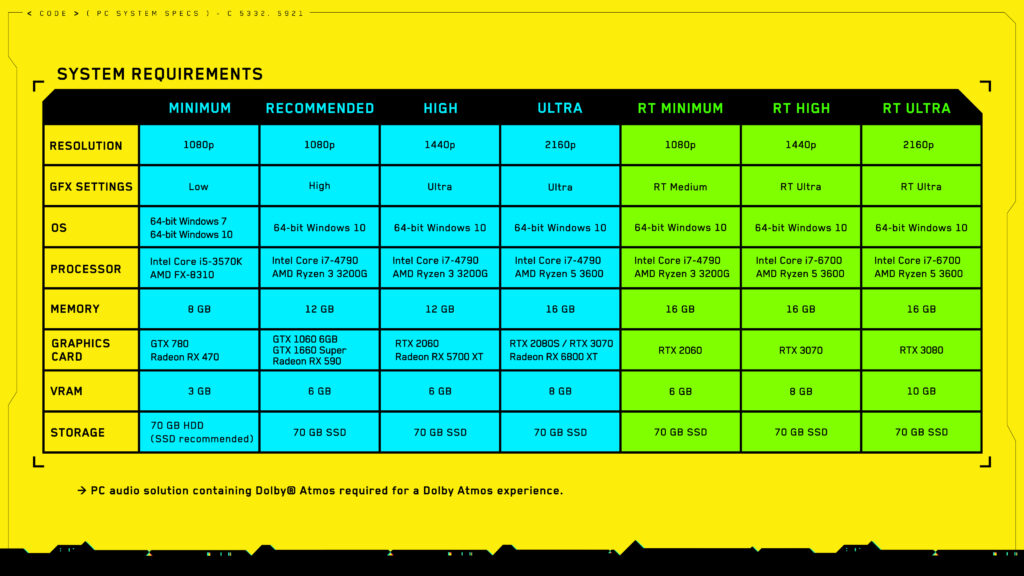 For questions on if your current system meets the minimum or recommended requirements for Cyberpunk 2077, please fill out a contact form on our website or reach out to us on social media.

If you are interested in building a computer that will run Cyberpunk 2077, please fill out the short form below and we will send you a free quote within 24 hours. We've made example builds below based on the minimum and recommended requirements for Cyberpunk 2077.

Get a Cyberpunk 2077 Computer